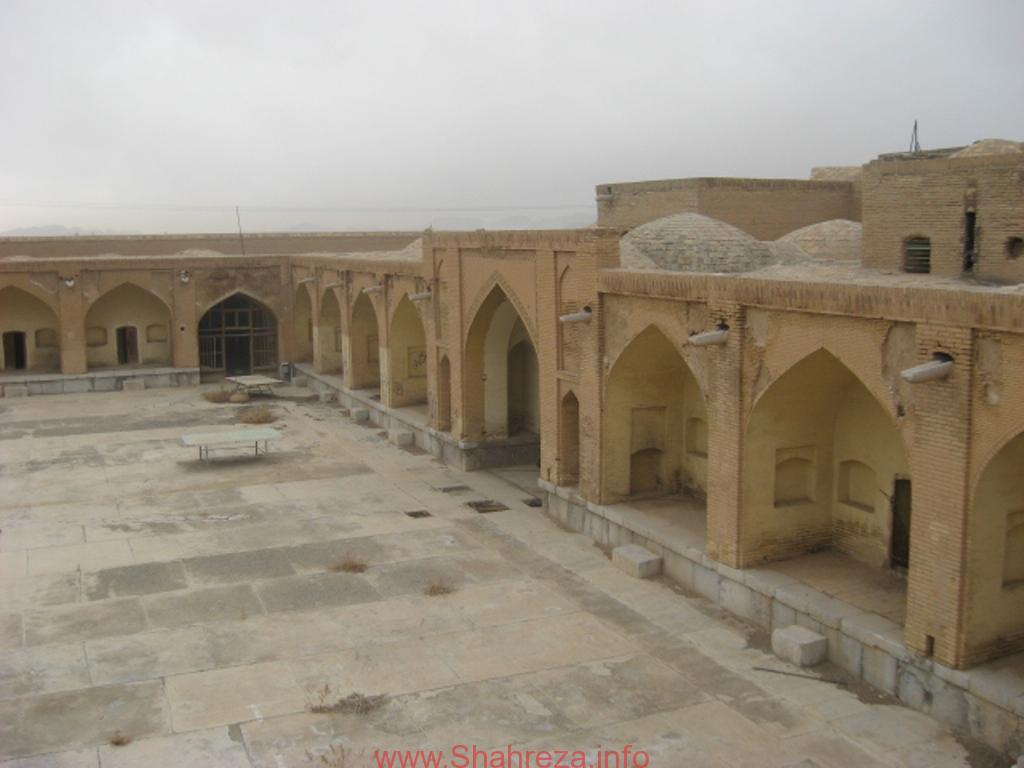 Caravanserai Mahyar built during the Safavid and Shahreza city, central part of the village is located Mahyar, and on 20 Persian date Khordad 1321 with the number 354 in the list of National Solar has been registered. Building this house Chharayvany rectangular in shape, the exterior size 5/82 at 89 meters. Courtyard inn, sides and size of 70/38 in 30/48 meters. Rooms around the house with equal measure (4 to 5 meters) were built

On it is written above the entrance: 907 930 AH. This house was most likely built in the time of Shah Ismail Safavi. Another important inn for several buildings such as mills, bakery, restaurant and market that overlay a small town formed Mian Rahan

Many European tourists have visited Mahyar Caravanserai in their travelogues have talked about, of which Chardin, down, Dyvlafva, Mvryr and Flandn can be named. The Flandn projects of this house remains cool.

This house has a double value, because the current situation it is relatively safe, it’s possible that it provides, other buildings of that period are classified. Its extent and the market is also quite Tvjyhpzyrnd her. Mahyar Caravanserai because close to 50 kilometers of the city, and the distance to go for gathering Updated caravan to travel, it seems appropriate

Here the journey may have completed their luggage and travel items make up for the shortcomings. That’s why, along with the village, another village which therefore emerged, and today its ruins can be seen in the market

The mosque also has a pool and fountains, and the altar bridges to get to the top of the building there Azangv. The house has no bathroom, but a public bath outside the house was built by local residents.

Psrftgy wide entrance to the inn in the fence was built, and the direction of the entrance Msjdshah was built on 1026, is similar. At the entrance of the inn of great simplicity and limited Taqnmaha and patches are made of carved stone. Some decorative Mqrnskary on three floors above the entrance is adorned. Inscription and inscription above, is placed at the top of this Mogharnas

On both sides of the entrance of the house, two miles shelf is made of Taqnmahay Shdhandkh the shelf were several other travelers and a number of other rooms, some of which are stable way. In view of the entrance, carved tile arrays was also seen that much of it is gone, and only two home decorations include the swastika is still in place 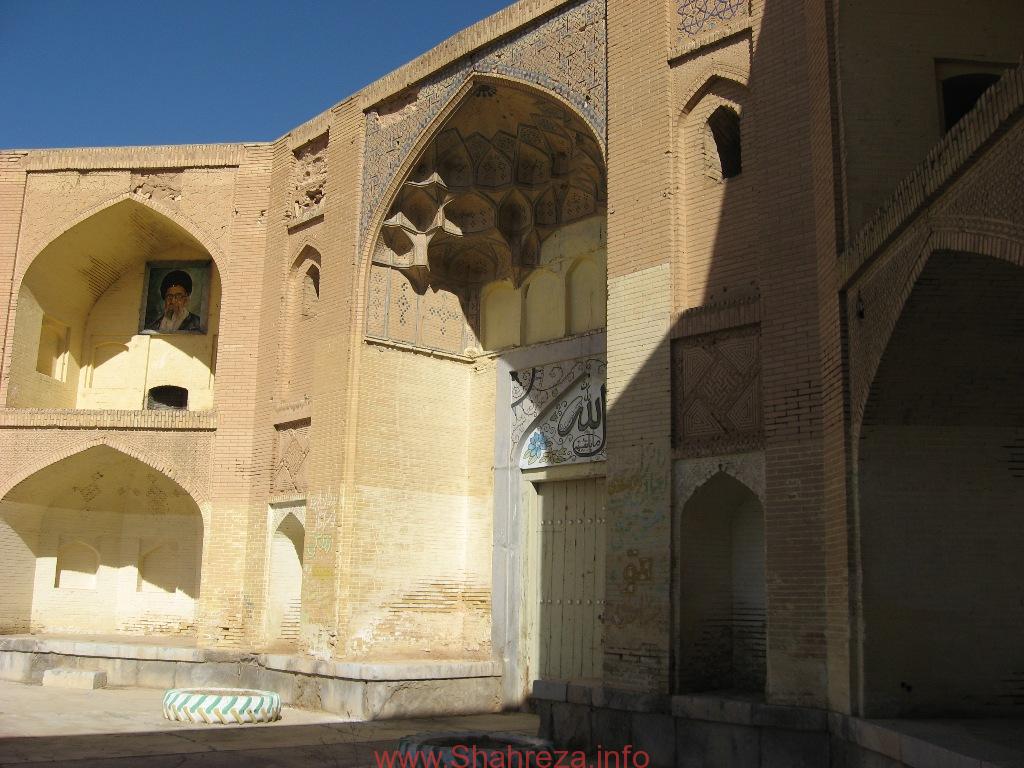 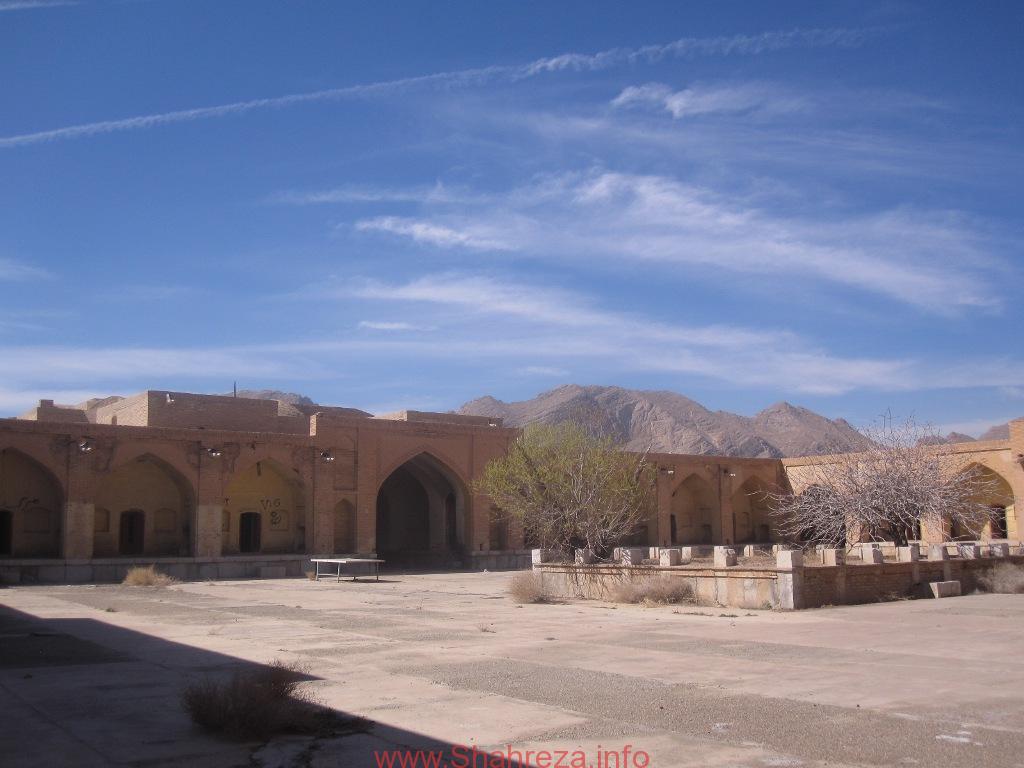 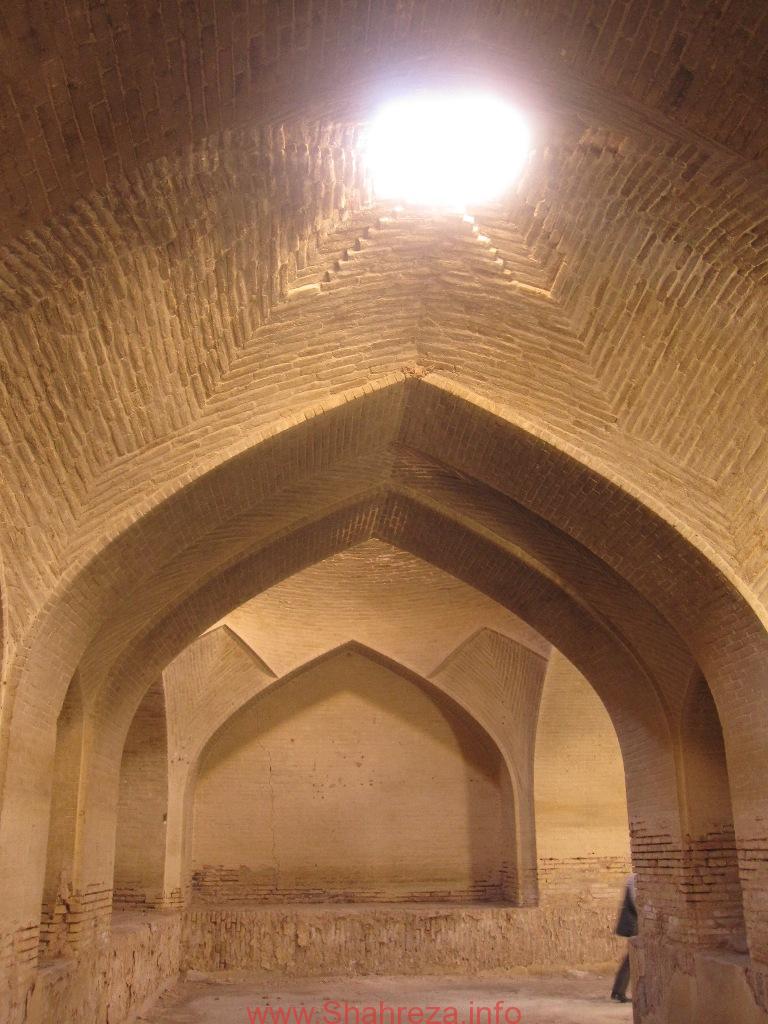 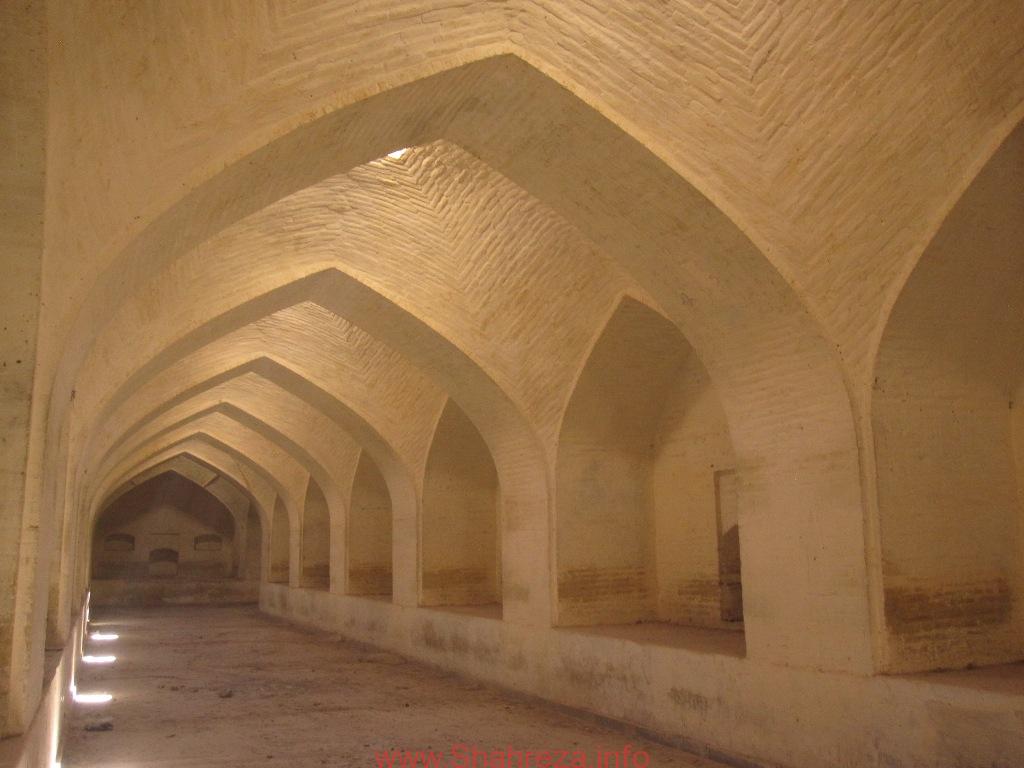 In recent years, the house had become a prison, and now the monument is being destroyed due to natural factors. Haj Sayyah while traveling in the month of Sha’ban Hjryqmry 1294 (1256 Solar) has lived in this house, in his memoirs about this comprehensive set of market inn and wrote:

“This is a very good and solid house built of stone and brick, and from time to time with the Safavid not repair, established and firm, not calumniates surrounding villages, shops for passengers in the corridor, and prepare. Strange things in the house and other homes and endowment of Shah Abbas in Iran is common, that’s just a wise have been aware of the situation in Iran, the government and the people know that salvation in this era of human Mhyralqvl progress is impossible and unfortunately I have These are things I have to take notes.

The home of the rulers and elders and Mmlktprvr good, barren deserts and souvenir spending and high Zhmthay have, everyone from the Court or from parasites and secularist Maym Lord wants the government stipend and have the task, without effort and without direction earned money to pay Pleasure.be. He said: “No place”, said “this inn is dedicated to a certain place, I decided to rent it.” So one of the two or the more or less, to write his name every year lease for three and four hundred and five hundred stipend is such a gentleman.

He comes from Shrar Qsyalqlb found, three hundred dollars to a thousand dollars rent and the rent which means that no one other than Ajarhknndgan no right to sell something entrants and entrants if their supplies with them, then they have to buy or prices their purchase. After all, as one of the top ten selling price and no one buys power exclusively to home and not somewhere else. In this way the people in the press, and income, as well as the required Ajarhdhndh had them.

If the inn is where a person appointed by the government stipend is not impressive or Naybalhkvmhy the rent, the money it takes. Indeed this way, tenants of the bandit [bandits], and these are not the actions of these endowments … Anyway, I Dalanyan Karvansradar and said, “What kind of behavior is fair?” They said, “What shall we do? We are tomans or more. Where not make a living and we give to them? “Well, the more I see, the more unfortunate …” 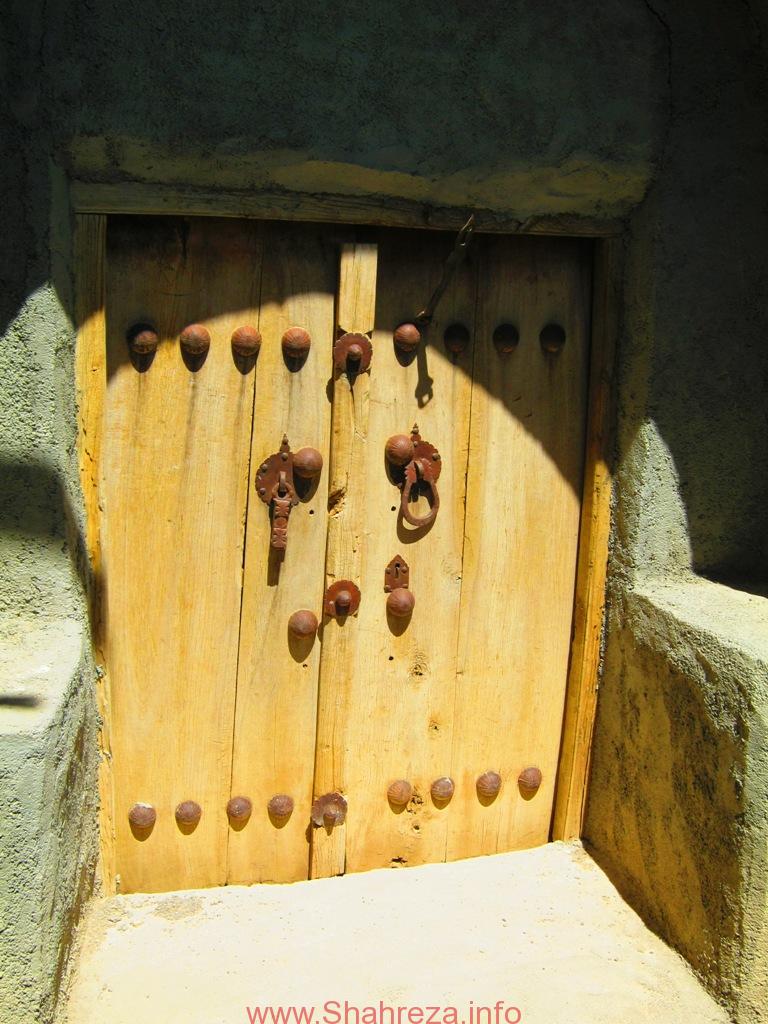